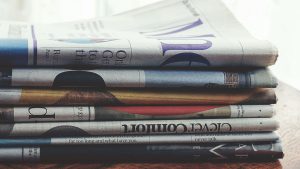 Below, we’ve put together some of the most compelling headlines about violence prevention and inequality in the news in July:

July 9, 2022 | Ottawa Citizen | “Johnson: Intimate-partner violence — misogyny is built in to both our culture and our justice system”

July 9, 2022 | CBC News Montreal | “Why this Quebec court decision led to outrage over how to sentence those guilty of sexual assault”

July 12, 2022 | The Progressive Magazine | “The Activist Offering: The Importance of Gender Inclusivity in the Movement for Abortion Rights”

July 13, 2022 | The Conversation Canada | “Toronto woman set on fire: Violence against women and girls should be treated as a hate crime”

July 13, 2022 | NBC News | “Weeks after she was denied a protection order, a Michigan woman and her family are dead”

July 17, 2022 | The Conversation Canada | “Hockey trouble: Can the sport overcome its history of neglect and abuse?”

July 18, 2022 | Chatelaine | “I Am A Survivor Of Genocide Against Indigenous Women—Now I Have A Voice”

July 19, 2022 | The Globe and Mail | “How Hockey Canada used registration fees to build a fund to cover sexual-assault claims”

July 19, 2022 | Halifax Examiner | “Civilian Review & Complaints Commission to investigate how the RCMP handled sexual assault complaints from Susie Butlin –
Three days after the RCMP rebuffed her fears, Butlin was shot and killed by the man who sexually assaulted her.”

July 20, 2022 | NYTimes | “In Argentina, One of the World’s First Bans on Gender-Neutral Language

July 28, 2022 | The Conversation Canada | “Fixing the problems at Hockey Canada will be difficult without leadership changes”